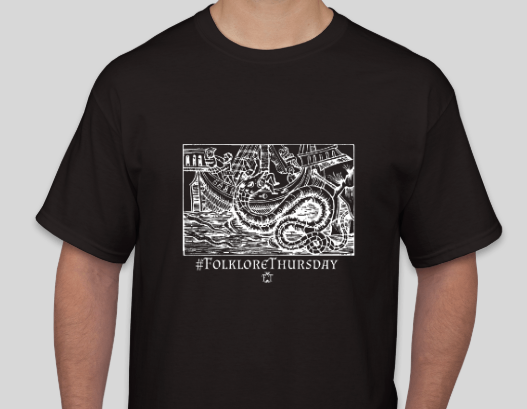 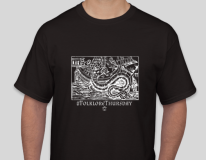 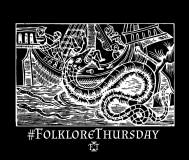 Also known as the Sea Orm, the sea serpent was first depicted in Olaus Magnus’s Carta Marina map of 1539. It became more widely known following it’s inclusion in his subsequent  History of the Northern Peoples (1555). It was reported to be 200 feet long and came with the portentious warning, “this Snake disquiets the Shippers.”

Magnus’s depiction can lay claim to be the source of many future illustrations of this archetypal sea monster, including  Konrad Gesner’s woodcut featured in his Historiae Animalium of 1558. It is the latter that is used as the main image on the t shirt design. “This Snake disquiets the Shippers”.,

A fuller history can be found at the Public Domain Review.