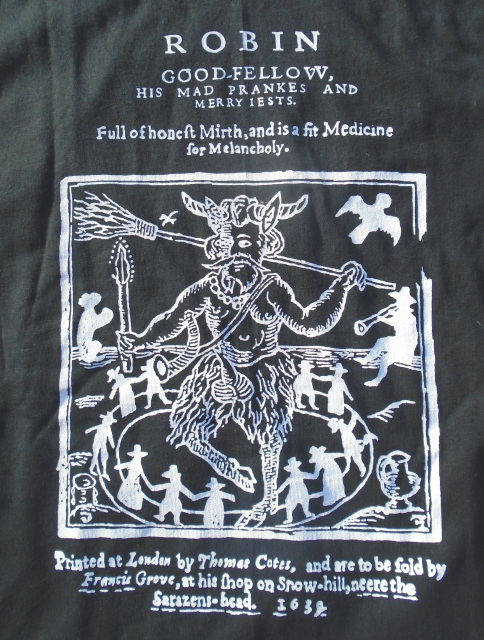 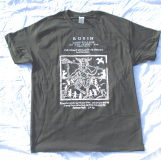 Robin Goodfellow, also commonly known as Puck, is an ancient figure in English mythology. The character is a clever and mischievous elf, fairy or pixie and personifies the trickster or the wise knave. In Old and Middle English the word meant simply “demon.”

​The Welsh called him Pwca, which is pronounced the same as his Irish incarnation Phouka, Pooka or Puca. The origins are thought to be either Scandinavian or Irish. He is said to be the son of Oberon, the fairy king. The best known embodiment of the character is in William Shakespeare’s A Midsummer Night’s Dream:

” I am that merry wanderer of the night.

I jest to Oberon, and make him smile..”

The illustration used here is from the title page of Robin Goodfellow: His Mad Pranks and Merry Jests from 1629, although the earliest use of the name dates from 1531.

"Whene'er thou hear the piper blow,

Round and round the fairies go!

And nightly you must with us dance,

In meadows where the moonbeams glance,

And make the circle, hand in hand --

That is the law of Fairy-Land!

There thou shalt see what no man knows;

While sleep the eyes of men doth close!

Others see in him in a broader context as the ancestral guardian of the land with connections to the mythology of Robin Hood and the Green Man.