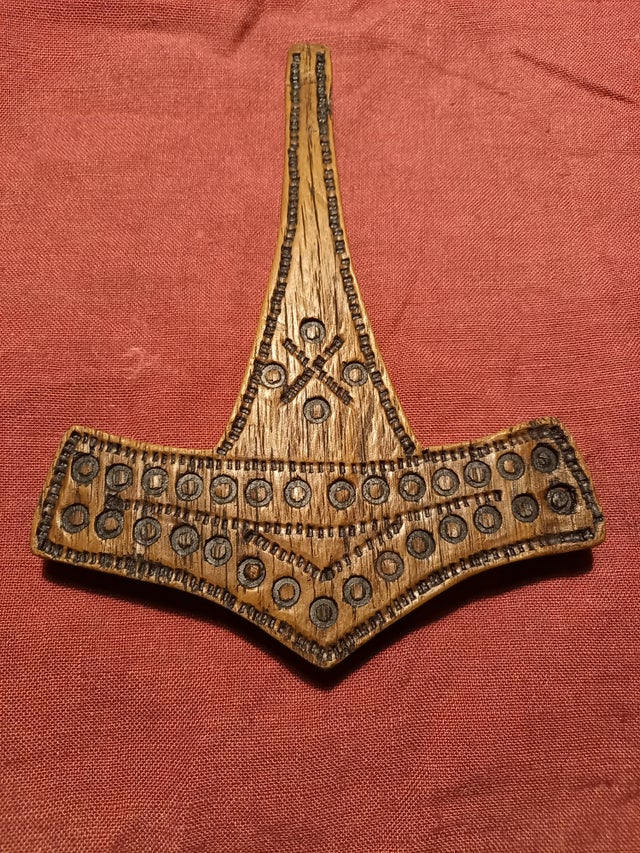 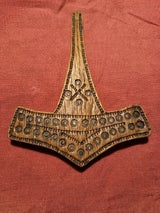 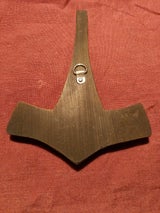 This Thor’s hammer wall plaque is based on a genuine metal pendant recovered in Romersdal on the Island of Bornholm in Denmark. It probably dates. The orginal probably dates from around a 1000 years ago.

In Norse mythology Thor was the son of the chief god Odin. He is associated with thunder, sky and agriculture. He used his strength and power to protect Asgard and Midgard against threatening giants and the huge serpent known as Jörmungandr.

Thor could be said to be the main rival to Christ before the latter prevailed as the main Norse religion of the Vikings.

Rendered in resin and stained.