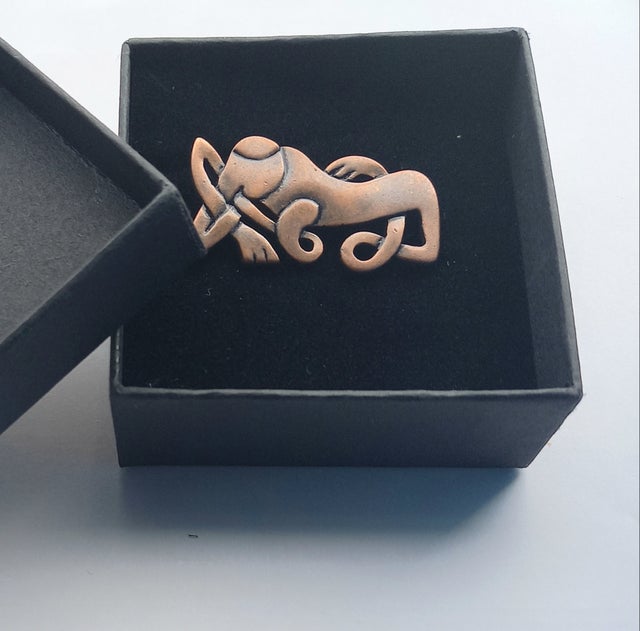 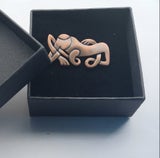 The original solid gold plaque was excavated at Bamburgh Castle, Northumberland in 1971. It is thumb nail sized and believed to be from a book cover or shrine.

Bamburgh was likely the capital of the kingdom of Bernicia, which predated Northumbria. Bede indeed often mentions Bamburgh as the kingdom’s ‘royal city.

It is a lovely motif and makes a striking brooch.