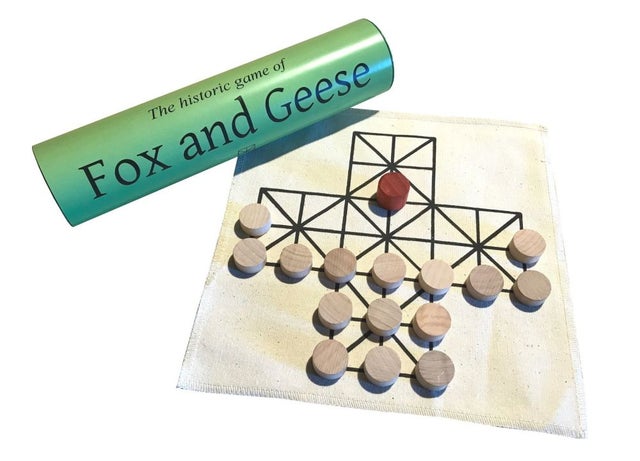 Fox and Geese is a simple strategy game for two players, where the fox attempts to eliminate the geese, while they try to trap him.

It became popular in Britain in the Medieval period, probably having evolved from earlier northern European chase games, and remained popular with the Tudors. In the seventeenth century new rules to the game were introduced making it popular during the English Civil War; while more militarily-oriented games evolving from Fox and Geese appeared during the Napoleonic Wars of the eighteenth century. This version of the game is suitable for Medieval, Tudor and Civil War periods.

It is particularly enjoyed by children, who can swap between being fox or geese.