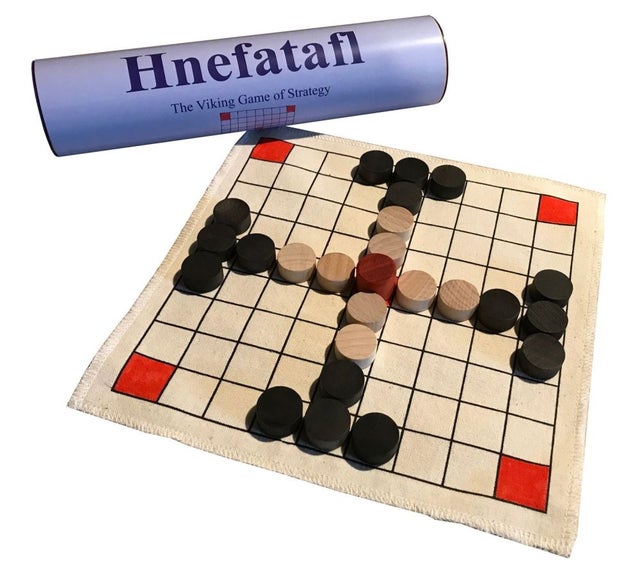 Hnefatafl, or Tafl, games are a family of ancient Nordic and Celtic strategy board games that appear in Norse literature,and many boards have been recovered from Viking archaeological sites. There are many variants and a wide range of rules.

It is played on a checkered or latticed gameboard with two armies of uneven numbers. Most probably it is based upon the Roman game Ludus latrunculorum.

The board supplied here is of 9 x 9 squares (230 mm x 230 mm) and reproduces the only version recorded historically in play, by Linnaeus in eighteenth century Lapland, where it was called Tablut. The lost Ockelbo runestone appears to picture something similar with a board including a throne and four corner squares marked. The diagonal lines drawn appear to tell us that the king has to travel from the center to one of the corners.

The game has fairly simple rules and is accessible to children. Hnefatafl is an excellent strategy game and deserves to be better known.