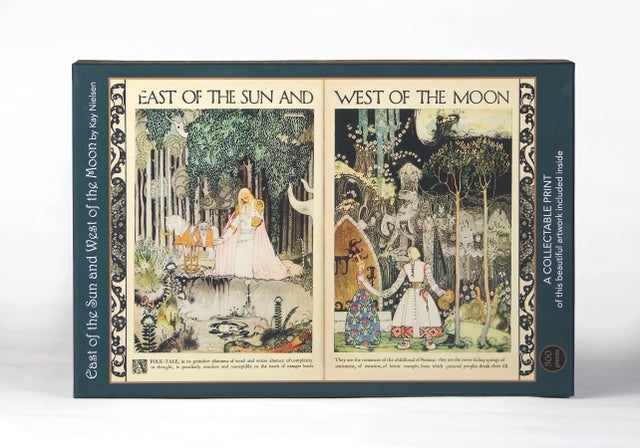 East of the Sun and West of the Moon Jigsaw Puzzle

This puzzle showcases the work of Kay Nielsen (1886 - 1957) a key contributor during the “Golden Age of Illustration” in the early 20th century.

Most notable in Nielsen’s body of work was his illustrations for a publication called East of the Sun and West of the Moon, a compendium of fifteen fairy tales gathered by Peter Christen Asbjørnsen and Jørgen Engebretsen Moe, two Norwegian folklorists.

Nielsen provided twenty-five color plates in his characteristic 4-color process as well as monotone images to populate with witches, heroes, and princesses. The illustrations carry a “freshness and fullness” as described by Jacob Grimm.