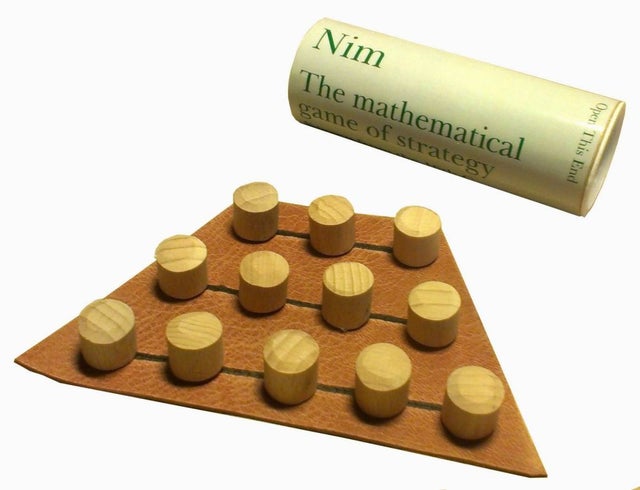 Variants of this game or mathematical puzzle are first recorded in Europe in the early 16th century, notably in the writings of Luca Pacioli, collaborator with Leonardo da Vinci and one of the founders of accountancy.

The game derives its name from the German word nimm meaning 'take'. The game has also become known as 'Marienbad' after the Alain Resnais film ‘L'Année dernière à Marienbad’ in which the game is significant. It is similar to the ancient Chinese game of "Jianshizi", or "picking stones", and there are also African variants.

Nim was one of the first games ever to be computerized, in the early 1950s. Though much has been written on the complex mathematical theory of the game and it's relationship to binary maths an understanding of this is fortunately not necessary for game play, and it is an enjoyable game for all, suitable from c. 7 years old and up.