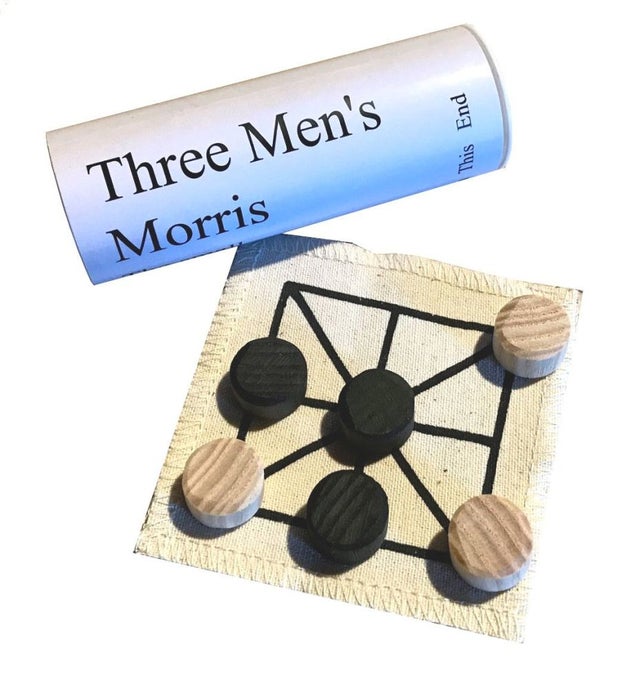 Three Men's Morris is a simple strategy game for two players. It was known to the Romans, and has remained popular ever since. It is a quick and simple three-in-a-row game often played over and over again; perhaps by children, or as a drinking game.

Numerous boards have been carved into the wooden and stone seats of churches and cathedrals across Europe, presumably providing entertainment during long services. The rules were set out in 1285 by Alfonso X of Spain and in the seventeenth century by Willughby.

The game is a great introduction to the world of historic games, especially for younger children, or makes a fun drinking game.