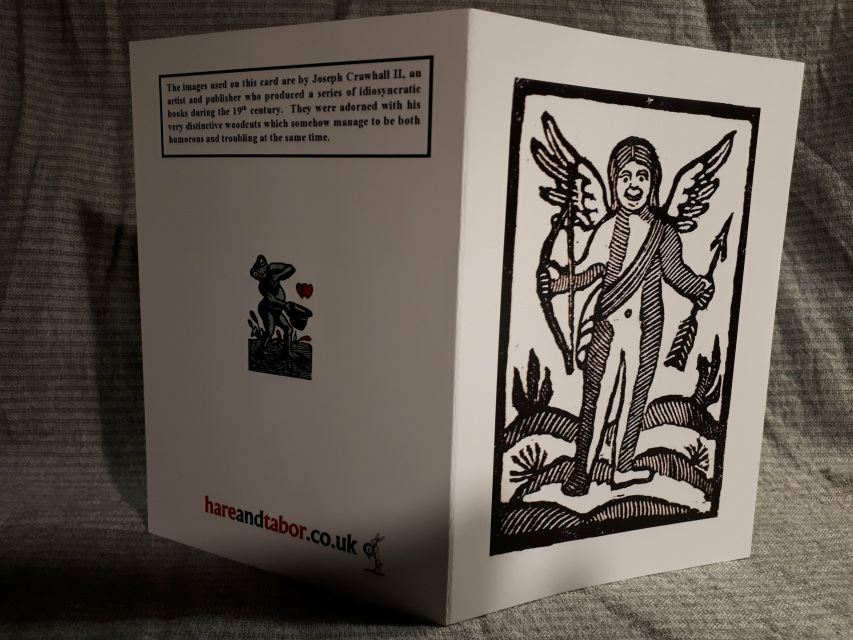 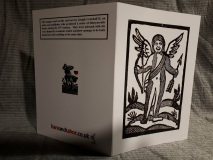 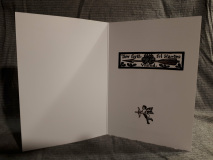 The images used on this card are by Joseph Crawhall II, an artist and publisher who produced a series of idiosyncratic books during the 19th century.

They were adorned with his very distinctive woodcuts which somehow manage to be both humorous and troubling at the same time.

﻿The wording in the publications was in a type face that seemed to mimic informal hand writing, and the spelling and grammar were in a vernacular style.

I've never seen anything else quite like it, and his work has enchanted and inspired me.