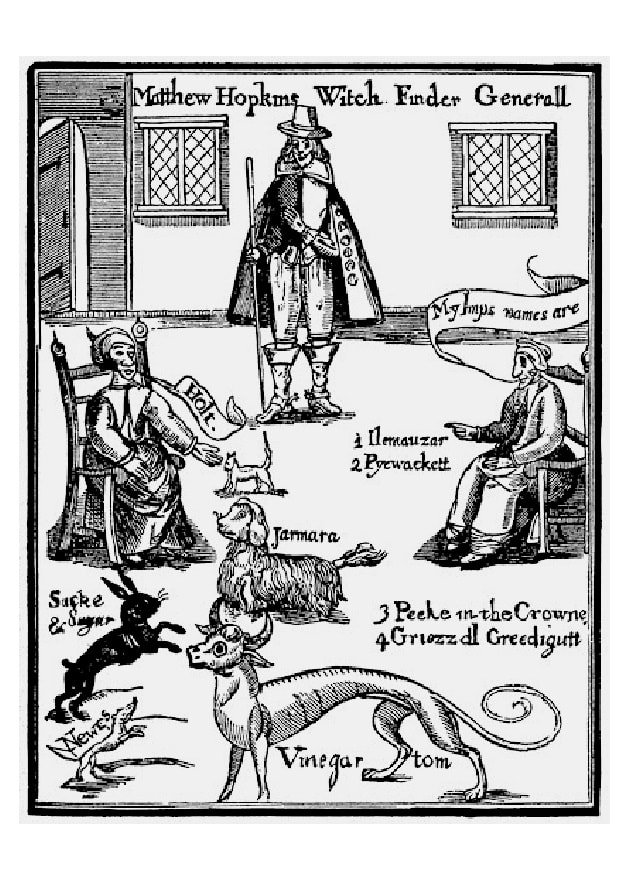 Matthew Hopkins, of Manningtree in Essex, was the self proclaimed Witchfinder General in East Anglia between 1644 and 1647. He was responsible for the persecution and unjust deaths of 300 women during this short period, and accounted for the majority of witch trials during this dark period.

The convictions were mainly obtained by forced confessions, and Hopkins gained considerable financial benefit from his activities. His book The Discovery of Witches influenced later atrocities in New England, most notably in Salem.

​His brutal legacy was summed up by the eminent scholar Montague Summers who observed that “his crusade up and down the eastern counties, which created something like a reign of terror at the time, has caused his name to stink in the nostrils of all decent persons ever since”.