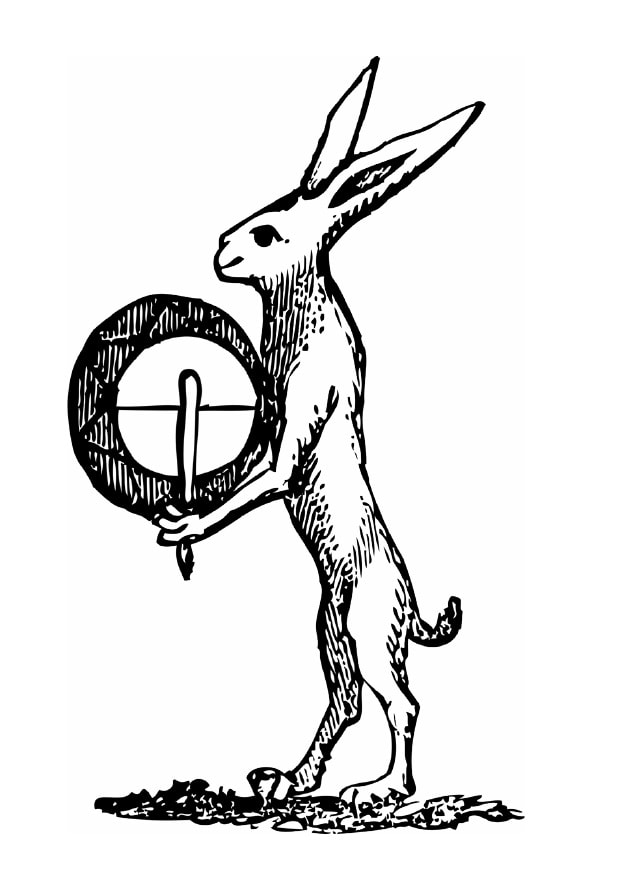 The Hare of the Tabor is one of the phantasmagorical characters that appear in Ben Jonson's play Bartholemew Fayre, from 1614, where he reports of "...the Bull with the five legs, and the dogs that dance the Morrice, and the Hare of the Tabor."   The hare has a universal mythological significance with its' associations with fertility and rebirth. The tabor is a snare drum played with one hand and often used in processions.

St Batholemew's Fair was an annual event held around Smithfield Market, London, in late summer and became notorious for being populated with nefarious and drunken characters. The colourful cast list of the play gives a real sense of the carnival atmosphere and includes a Ginger-Bread Woman, a Hobby Horse seller, a Cutpurse, a Ballad Singer, a Pig Woman, a Horse Courser, a Roarer, a Bawd, and a Madman. The fair became such a cause for concern that it was finally suppressed in 1855.