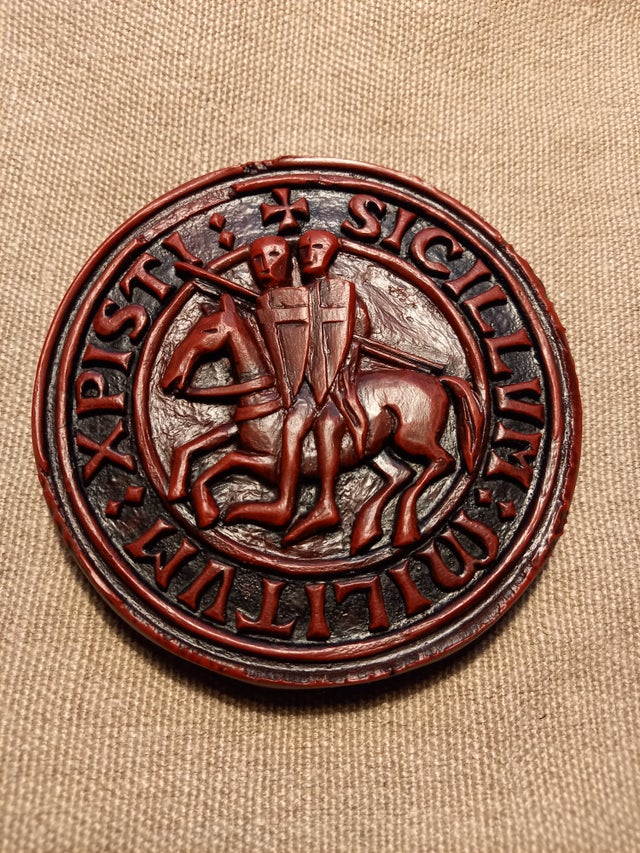 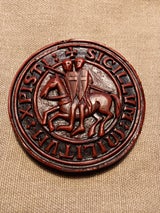 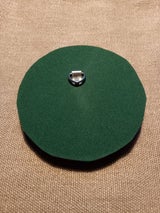 The Knights Templars were a monastic order that took up arms to protect pilgrims on the route to Jerusalem. The managed the pilgrims finances, in an early incarnation of banking, and became rich and powerful in the process. Rivalry and resentment with European monarchs and the Papacy led to the orders eventual brutal supression.

A mystery continues to surround the surviving remnants of the order and their protection of sacred relics and knowledge of esoteric principles and knowledge.

There were known to be a number Knights Templar seals used in the various provinces where the order operated.

This one, known as the Two Riders seal, depicts two poor knights of Christ thought to be Hugues de Payens and Godfrey de Saint Omer, sharing a horse.

It dates from 1158, forty years after the order's foundation, and remained in use until the dissolution of the order in 1312.

Rendered in resin with a blood red waxy finish.