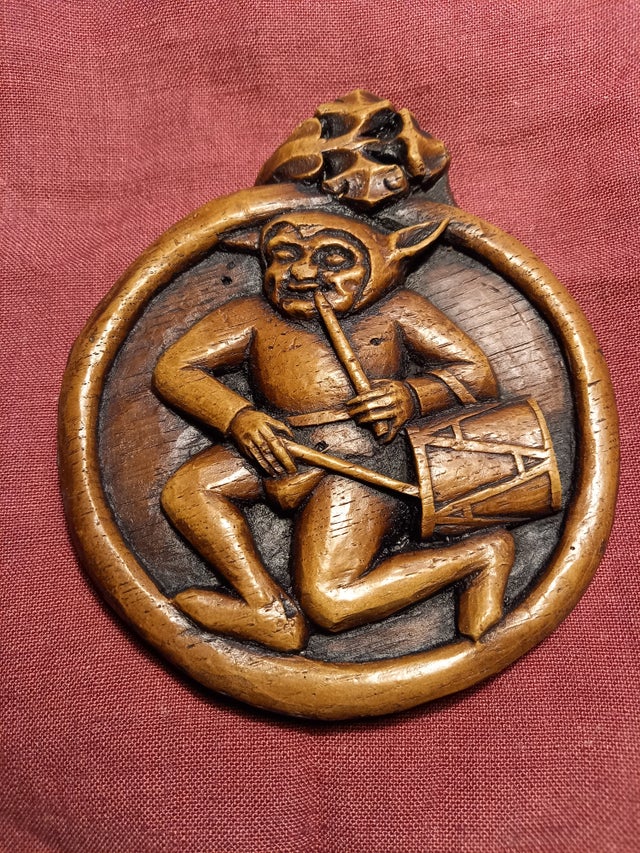 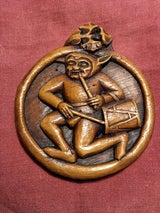 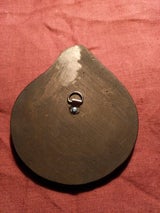 This design is based on one of the beautiful and ornate carvings that are found within the choir stalls of Beverley Minster.

The jester was a person employed in the medieval period as an entertainer, often in aristocratic households, but also an itinerant performer at public events such as carnivals. The hat worn by the person depicted in the carving is fairly typical attire associated with the character.

It is the same character that appears as The Fool in the Tarot deck, as well as in a number of Shakespeare's plays.

The replicas are cast in resin and then stained and are virtually indistinguishable from wooden carvings.

Hook on back for hanging.