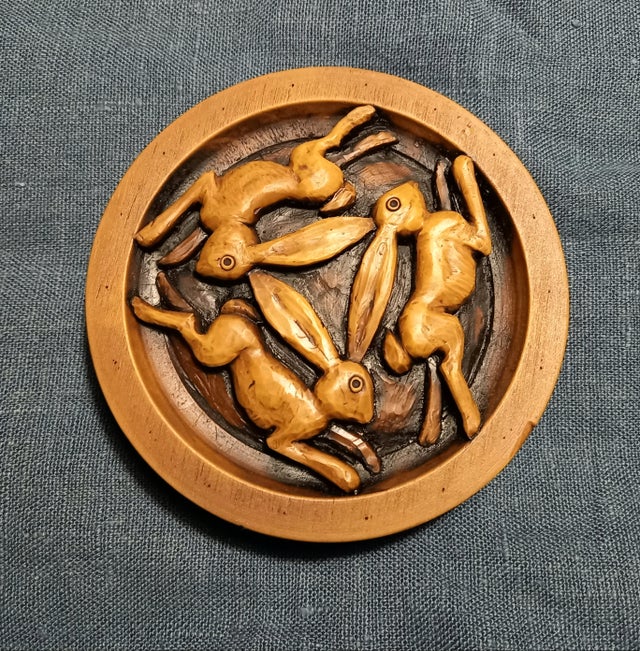 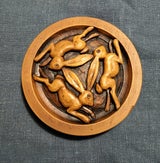 The hare is regarded as a sacred animal in many cultures with associations with the moon, fertility and rebirth. The gestation period of the hare is 28 days which approximates to the full cycle of the moon and the menstrual cycle. There are examples of hare mythology within Chinese, Egyptian and Indian mythology.

During the Anglo-Saxon period Goddess Oestara or Eostre, with her associations with spring, was said to be accompanied by a sacred hare, although this may have simply been a fanciful guess by one of the Grimm brothers. There is a long association between witches and hares which seems to take two forms. The first is that a witch can transform herself into a hare and in that guise perform various deeds, whereas the second is the notion of a hare as a familiar which would act as her companion and accomplice. A hare crossing your path was therefore thought to be very bad luck.

There is a particular concentration of the three hares symbol in the area around Dartmoor in England. A total of 28 examples have been identified in the area, many commissioned from the wealth generated by tin mining, and the symbol is often referred to as the Tinners Hares.

These are cast in resin and then stained and are virtually indistinguishable from wooden carvings.